“A new Britain is waiting to be born,” says Gordon Brown in his recent New statesman article; a Britain beyond the reach of nationalist propaganda and cultural wars, characterized by mutual respect and solidarity among all its nations and regions. I am not so sure. Brown has investigative evidence to prove that the peoples of these islands have widely shared values. Most of us want more tolerance, equality and diversity. We aspire to a greater sense of local and national belonging. We make small collectivist sacrifices – like donating blood – without asking where our blood is going in the UK.

All of this can be true. But these are also the hero values ​​in almost any Hollywood movie or thriller. It should come as no surprise, in a mass cultural consumer society with a consciously liberal pop culture, that what is portrayed as universal signifiers of human decency are indeed widely popular. You can also check out which bits of Britain cheer when the Death Star explodes. In fact, if you have to check out how picky we are about who gets our blood, something might already be wrong.

It is true that there are elements within Scottish nationalism that like to portray the English as particularly bloodthirsty and fanatical – I myself am in favor of a bit of Anglo-baiting – but this is all part of the pageantry of national rivalry. Indeed, it is one of the ways in which the Scots have always affirmed, usually with the tongue in the cheek, their specificity within this plural and multinational union celebrated by the Brown Union.

Perhaps this is why some of Scotland’s most ardent supporters of supporting England’s football team are political nationalists. “Anyone but England,” they argue, is precisely the kind of inward-looking national immaturity fostered by dependence on Scotland’s larger neighbor. The xenophobia against your football rivals is kitsch and outdated, they suggest, the sort of thing you’d expect from those hooligans throwing chairs at… well, let’s name no names. These anglophile Scottish nationalists actually offer a much deeper and implausible separation, freeing us entirely from the petty quarrels and resentments that are sure to exist in any relationship as lopsided as that between England and her far-flung lands.

Because it is a deeply unbalanced relationship. Scotland has just over 8% of the UK’s population; England has well over 80; poor Wales has less than five. The difficulty of compensating for that – of simply being noticed by the sheer din of the numerical advantage, with all its cultural, economic and political amplifications – is why Scottish efforts to assert themselves can sometimes come across as hostile and over-the-top. . Some Scottish nationalists like to adapt the words of former Canadian Prime Minister Pierre Trudeau to an American audience in 1969: is affected by every contraction and grunt.

Thank you for subscribing.
You will begin to receive emails from The New Statesman.

I’ve written about this before – you can’t seriously expect the BBC, for example, to give Scots equal coverage to the English, given the number of additional English people paying the license fee. Instead, we get our own channels, with smaller budgets and narrower horizons. This kind of compromise – between cohesive autonomy on a low budget and the occasional shine of big-money British recognition – has always been present in independence debates. ‘Unionist-nationalists’ have traditionally argued that the Union offers Scotland far more power and independence than most countries of its size and capabilities.

This ‘junior partner’ privilege is hard to disentangle from the empire, but it can also work on leftist motives – when Scotland voted Labor in large numbers it was as a result overrepresented in the labor movement. British and its political wing. As long as Labor could gain power across the UK, this indeed gave the Scots remarkable access to power. Tom Johnston, Secretary of State for Labor for Scotland in Winston Churchill’s wartime government, used this access to industry and direct investment in Scotland and created the North of Scotland Hydro-Electric Board, transforming the Highlands in electricity. Half a century later, a Scottish-filled Labor government handed over the Scottish Parliament.

Yet this parliament was supposed to protect us from the elephant, after nearly two decades of Conservative governments overwhelmingly elected by English voters. This era saw the “different values” discourse really take off, as a means of explaining and taking advantage of electoral differences. Historians and social scientists have explained this divergence in various ways – different cultural institutions and traditions played a role, but there were also important sociological and politico-economic differences. For example, Scotland entered the Thatcher era with more social housing, a larger public sector, and heavier industry than England, and it lacked the large private sector middle class in the south of the England that underpinned Thatcherian populism. 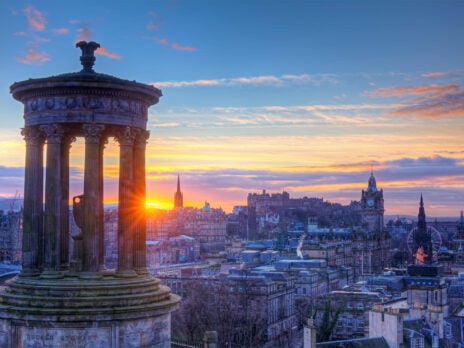 But is this such a paradox? It’s not just Scotland that has lost its distinctiveness from England – across the English-speaking world and beyond, all manner of cultural and economic borders have been dissolved and remade, becoming stronger within states. -nations rather than between them. The guiding ideology of this globalized liberal culture emphasizes choice and self-shaping – why should this not apply to these declining sovereignties as well?

Young Scots in particular, who grew up almost entirely with this worldview, fail to see Scotland’s place in the Union in terms of collective security and protection – since when have states done so? – but like a dusty old certainty that has long been a fitting transgression. This rather superficial, cosmopolitan and neoliberal nationalism is feeling more and more outdated, as sovereignty returns to the scene – but it could still prove to be one of the ways in which full-fledged sovereignty and hard borders returns, whether his followers know it or not.

Brown thinks shared values ​​prove the case for the Union, but what he cannot do is explain why, if we have such similar values, we express them in such different ways. If the English are so tolerant and egalitarian, it still remains to be explained why they think Boris Johnson – hated in Scotland – is an appropriate representative of these values.

Obviously there are far more difficult differences at play than the subjective world of values ​​- Scotland and England offer their audiences very different structures of opportunity in which to express their values ​​politically, especially to through their distinctive partisan, electoral and media systems. It is difficult to avoid the conclusion, in fact, that Scotland offers a much better vehicle for Brown’s “new Britain” promises than Anglo-Britain can. So maybe we can find a compromise: if this new Britain is what everyone wants, why not put Scotland in charge until the English institutions are ready to catch up? If not – why not?